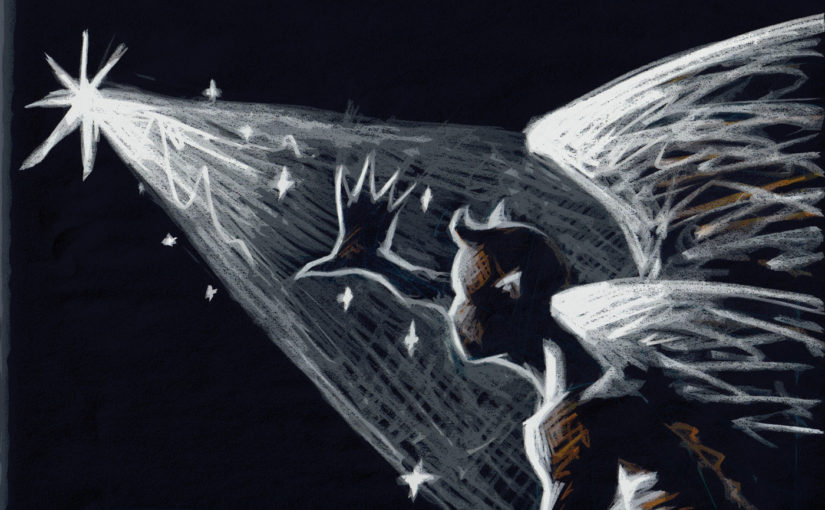 The infernal serpent; he it was, whose guile
Stirred up with envy and revenge, deceived
The mother of mankind, what time his pride
Had cast him out from Heaven
…
Hurled headlong flaming from the ethereal sky
With hideous ruin and combustion down
To bottomless perdition, there to dwell
…
No light, but rather darkness visible
Served only to discover sights of woe,
Regions of sorrow, doleful shades, where peace
And rest can never dwell, hope never comes
That comes to all; but torture without end
Still urges …

Mother steps out the backdoor of her newly installed, manufactured home with a pot of warm leftovers. From a few yards away, peering out of the window of the dilapidated camper trailer that I lie forgotten in, I can make out the steam rising from the food as she pushes it with a large wooden spoon into the dishes of grateful dogs, hungrily lapping it up. Lucky them, those obedient pets. They haven’t failed her as I have. Haven’t disappointed her. I haven’t eaten in three days and resigned to the idea that my lifeless body won’t be found for many more days to come, mere feet away from where Family breaks bread and give smiles to one another. At least the maggots will eat as well as the dogs. For that, they can also thank Mother.