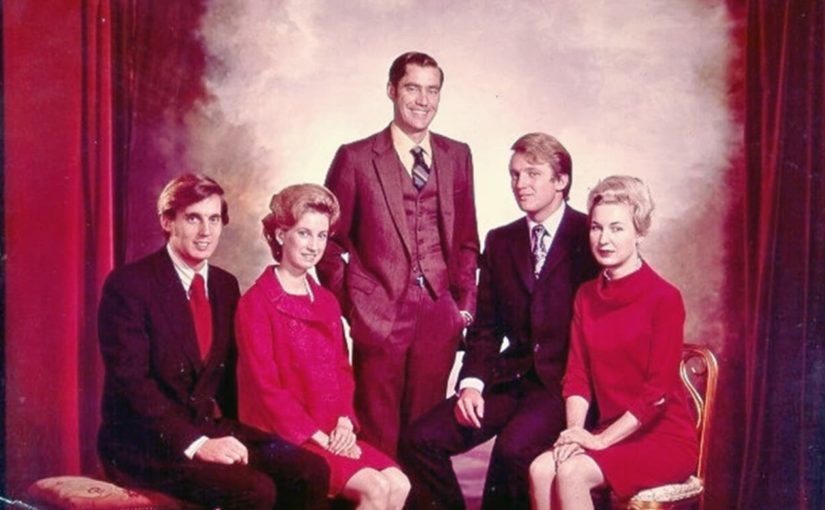 So I eagerly bought and read Too Much and Never Enough: How My Family Created the World’s Most Dangerous Man by Mary L. Trump. Of the ever-expanding library of books on her uncle Donald written by burn victims and spurned former enablers inevitably left in his wake, Mary’s perspective as both member of his family and clinical psychologist piqued my interest. That Donald’s younger brother, Robert, was tasked to run point on behalf of their family to quash publication of the book only served to further whet my curiosity. And not just mine. The book sold more copies in the first week than Donald’s ghost-written Art of the Deal has in all the years since it was first published. Oh, and then Robert died — probably from complications caused by COVID-19 that his brother, the President of the United States, has barely acknowledged, completely failed to contain and has arguably made worse, given that any other cause of death short of overdose, suicide or embarrassing accident would not carry the shame with it necessary for a superficial family like the Trumps to cover up and deny in order to keep up appearances.

Though the book chronicles the creation of Donald and ultimately culminates in the emergence of the ruined creature we’ve all come to witness loosed upon our world, it’s more an insight into the monster makers themselves, the systemic forces that shaped him and the role Mary’s father, Fred “Freddy” Trump Jr., played in particular as a kind of catalyst. I’d wondered about Freddy ever since first hearing him mentioned by a piece PBS Frontline did on each of the 2016 presidential front runners; the eldest of Donald’s siblings scapegoated and ultimately driven to self-destruction — it resonated with me.

Like Freddy, I am the eldest sibling. And like him, I felt a certain sense of obligation to my family. Mary notes that her grandfather, Fred Sr., had an authoritarian penchant for expecting others to intuit his expectations rather than stating them explicitly, which meant that all his children were effectively seeking parental approval by navigating an emotional minefield whereby not being blown up was perceived as sufficient success. When I first entered therapy, the therapist asked me what my mother’s expectations were of me and I couldn’t answer the question. I still can’t. Like Freddy, I was first into that minefield and not only became a casualty of it but my sacrifice also served to instruct my siblings where not to tread. They got a leg up on me whenever I lost one, figuratively speaking.

And it absolutely was a competition, a zero-sum game of divide and conquer where none of the participants are ever winners because the prize – approval, in this case – doesn’t actually exist to be won. Fred Sr. completely lacked the capacity to grant such a thing. My mother as well. I suspect Freddy realized this late like I did after I’d already lost and been effectively sidelined.

Nevertheless, Freddy took the blame for his father’s deficits and internalized them as though they were his, as though there was something he could change about himself that would win his father’s approval. There wasn’t. Just as there isn’t for me. Like me, he took all the burden of responsibility upon himself believing that it was rightfully his obligation to his family to do so while ceding the power necessary to then affect anything he was made responsible for, thus finding himself in a no-win double-bind situation.

It’s difficult to recognize that we are bound by such a situation when we’re in the grip of it. Mary notes when Freddy and her family were living in a drafty, run down apartment (a Trump property) that Fred Sr. wouldn’t fix despite repeated petitions (from his own son) that it never occurred to Freddy to hire an independent contractor (that he had the means to do) to perform the needed repairs, perhaps because he feared (unconsciously, correctly) that it would be viewed as a betrayal of the family and family (even one that leaves you to suffer alone) must always be foremost. Similarly, it never occurred to me that I had the power, the right and the responsibility to take care of myself before my family until someone else told me as much. And it is indeed perceived as a betrayal. And they do call me selfish for it.

Evidently, Freddy never received such a tip off. Showing weakness is a sin in his family, a reason to be disparaged and shunned, just as it is in mine, so it’s unlikely he thought to seek the counsel of someone, the way I eventually did, who might be able clue him into his situation and give the healing process a chance to begin. Instead, alcohol became his coping mechanism until his life was destroyed such that he was forced to move back home with his parents (the reason he was drinking in the first place) where they shuffled him into a corner of the attic with a cot and radio – what Mary called “The Cell”, his oubliette – and forgot about him until he died from a heart attack.

I was relegated to “The Camper”, my oubliette, after I struck out on my own then only to fail. I remember my mother telling me that her soon-to-be husband was “afraid this would happen” and that he didn’t want me at their home. I had no money and no prospects. I’d watch the steam rising off of warm leftovers she’d feed the dogs mere yards away from where I watched, starving and cold in that camper. Once in awhile she’d remember to stop by and complain to me about getting a job, presumably so that I could pay her back for her half of the loans she signed for me to go to college. It was my fault she was unable to do the same for my siblings. Later her husband would blame me for having to pay off those loans he married into, apparently having never received the benefit any of the payments I did end up sending his wife to help cover them. While I was unemployed, no less.

In a sense, it’s fortunate that my family’s poor. My value to my family ended up being set by those loans at only about $15k. For the Trumps it’s hundreds of millions of dollars spread out over a labyrinth of shell companies and trust funds — it’s the family’s organizing principle used to foster dependence and enforce obedience. Ugly stuff. Mary and her brother sought their part of their father’s estate only to suffer whiplash from the entire family suddenly and completely turning on them and their health insurance being taken away as punishment. Just a handful of years later, they were invited back to family functions as though there were no problems between them.

Mary’s right to be shocked by her entire family, people she grew up knowing and sharing holidays with and who were nice to her right up until the moment they weren’t. The sudden epiphany that occurs as they reveal who they are and who you’ve always been to them, knowing nothing after that moment will ever be the same, is jarring. It’s difficult to process losing people who you share a history with and thought you knew. And then they return when they’re ready, acting like nothing’s wrong and rewriting if not outright ignoring history. The gaslighting’s enough to make you feel crazy. I receive occasional correspondence from my family to this day and there’s yet to be any acknowledgment of a problem and so no chance at resolution. Reconciliation then, if I can call it that, can only be achieved by ignoring the problem and denying that such a problem could even exist — a burden shouldered entirely by the victim even as the perpetrators feign exasperation for it. When Freddy’s son, Fritz, referred to his father “black sheep” of the family during his eulogy, Mary notes the gasps from those present — not of surprise but for the gall to say the quiet part out loud.

Maybe Freddy held out the ultimately false hope that his family would notice and respond to his suffering with compassion and support because that’s what family does. I remember thinking that. It seems like a good, strong conviction to have. And if we had healthy, caring families that shared mutual trust and respect with each other that might’ve been the case. Instead, they seemed to become more resentful of us not doing enough for them. And it’s never enough.

Eventually Freddy gave his life and his family seemed to be relieved that he was gone, that they were finally done killing him. In my darker moments I used to think that I’d be missed, that my family would finally wake up to regret my absence albeit too late — but that was a delusion. It’s not our dying that make them sorry, it’s our living.