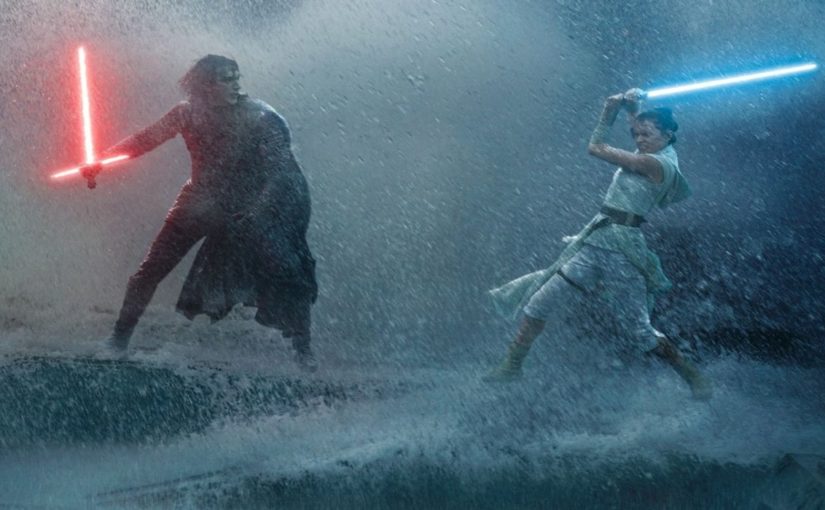 So after swearing I would never watch another one of these big budget cinematic abortions after walking out of The Last Jedi and binging on the bad reviews for Rise of Skywalker, this masochist had see this unholy clusterfuck for himself. After all, I rationalized, it’s not as though Mystery Science Theater would ever be granted permission to properly mock this shit. No, it was up to me. And, well, it was actually almost okay.

Don’t get me wrong, the film isn’t good. But my opinion of it benefits from the low expectations I had going in and I genuinely did enjoy parts of it, namely the storm troopers. One of the jetpack troopers gets shot and zips around through the air like a rapidly deflating balloon before striking a rocky outcropping and exploding. In another scene, C-3PO is babbling gibberish as the trooper interrogating him remarks “That isn’t even a language.” before being shot down. I had to laugh at how ridiculous and sudden both of these incidents occurred.

The story, if it can be called that, is a clearly a Frankenstein monster stitched together from disembodied chunks carved from more complete visions with spare parts enough to have easily created two (if not more) monstrosities — which Disney was foolish not to cash in on from their own profane perspective. Like the previous two installments in their sequel trilogy, Force Awakens and Last Jedi, the dialog is insipid plagiarism ripped from Lucas’ original Star Wars Trilogy or telanovela scripted nonsense that, at best, comes off as a parody of the epic struggle it wants to be but completely fails to rise to the level of.

In a departure from the previous two, there’s actual hints of character development in this installment but it’s too little too late and I wasn’t invested in any of their fates. Per usual, the only character with any kind of arc was Kylo Ren/Ben Solo. He’s the only character that I can succinctly describe the motivations of. Who suffers, manages to reflect on his suffering and change like an actual person. Rey ends this saga more or less same as she began it, still wearing the same wardrobe she always did no matter where she was or what the conditions were there. The rest are even less memorable.

But it’s pretty to watch if you turn your brain off and let go of any lingering fucks you have left to give about how anything you’re seeing could possibly make sense — even a long time ago in a galaxy far far away. Unlike Last Jedi, it wasn’t depressing, preachy or, worse, boring and it’s nearly 2.5 hour run time didn’t drag. Before I knew it, the adventure was over and nothing mattered more or less than when it began. So I broke even on this movie which, given past experience, is better than coming up short.

But what an epic waste of passion, talent and resources this sequel trilogy has been. Through it all there were glimpses of what could have been a powerful, moving story with iconic characters but that just never manifested. I say it could all be written off as a fever dream by Obi-Wan during his wanders through the deserts of Tatooine seeking to commune with Qui-Gon’s force ghost.