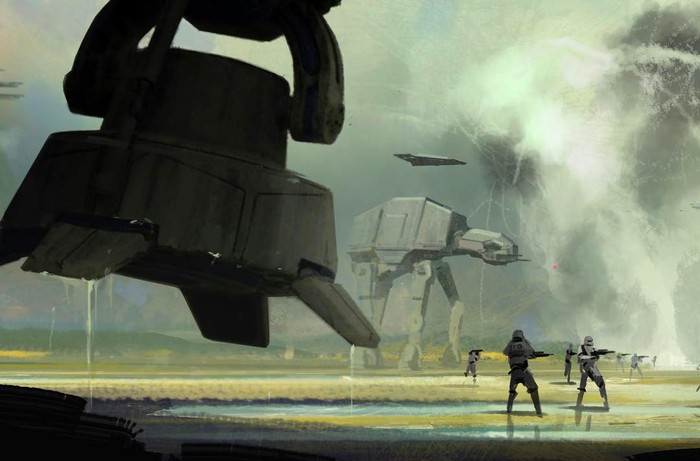 This is not a review. I haven’t seen the movie. Rather, I have been binging reviews by critical film connoisseurs all descending into downward spirals of exasperated madness as they recount their despairing experiences of the movie … because I’m sick that way. They drink so I don’t have to. And after The Last Jedi there was no way I was giving Disney another wad of cash to waste more of my time with yet another one of these boring big screen disasters. Unsurprising but a shame nonetheless.

How difficult is it to honor the legacy of the storied past while exploring exciting new opportunities it has lead to peppered with the spectacle of sorcery, dogfights, war machines and epic laser sword duels? It takes effort to fuck up a gift like that!

Here’s how easy it is NOT to look that gift horse in the mouth:

Second, we acknowledge what transpired in Episodes IV – VI. Leia and Han hook up. Luke discovers the murderer of his mentor, Obiwan, is his father, Anakin, and compels him to turn against his manipulator, Palpatine, and destroy him. Through the struggle and sacrifice of many characters the Skywalker destiny is thus fulfilled bringing The Force into balance, The Empire is defeated and good prevails over evil.

Third, we pick up from this endpoint to extrapolate what happens next. Luke retreats into solitude to practice The Force. Leia becomes an important political figure, overseeing the challenges of rebuilding of a new republic or alliances in the power vacuum left in The Empire’s wake. Han is easily bored (doesn’t enjoy the “respectability” that his friend, Lando, seems to have taken better to) and struggles between his love for Leia (who wants stability from him) and thirst for adventure. The Empire is broken, surviving imperialists scattered throughout the galaxy, but its ideology (the idea that it brought peace and security under one absolute power) endures as a cult (The First Order) infecting efforts at uniting the galaxy and sowing discord. This is the universe and circumstances we find ourselves in. This is the starting point for Episode VII.

Fourth, we introduce characters that we will experience this universe through (Rey, Finn, Poe, Ben, Rose, etc.). These characters need to have clearly defined, distinct, easily described personalities, motives and goals that are revealed through their interactions with other characters and situations, ultimately resolving in Episode IX. And for us to care, they need to be relatable. They struggle with issues that we struggle with, have character defects like us and make mistakes that we don’t want them to that they (and therefore we) suffer for and learn from.

Sixth, throw down some epic action sequences with suspense and consequence. Overcoming incredible odds together reveals the truth about characters, builds comradely, provides opportunities for tension-breaking humor and is very cool and exciting to experience. Star Wars has it an extensive war chest to draw from including its iconic score, hulking technology, laser blasters, light sabers and more. Get creative. Have fun. Use it!

Lastly, compose all three acts at once so they make one cohesive story with the first two parts leaving us hungry for the next and the last tying off all the plot threads and leaving us satisfied.

Had Disney hit all these marks and let some capable screenwriters lovingly construct a work of art rather than micromanaging them into apathetic resignation of it, each of their three sequel Star Wars movies would’ve performed better at the box office than the last instead of subsequently declining like the current three have. Nostalgia is fun but it’s no substitute for the actual work of plot and character development. I gave this franchise two chances to convince me to care about anything going on in these movies and I just don’t.

I see folks on social media crowing about how much they loved this movie (or its two predecessors) but can anyone tell me what they liked about it? What was their favorite scene and why? What was their favorite character and why? And what was he or she trying to accomplish that they could relate to? Anyone? Anything? Because if someone can’t answer these simple questions about a movie then I don’t believe that they actually like said movie. The people disappointed by it can tell me exactly why in detail. And I believe them.

We’ll always have the brilliance of original holy trinity, assuming George Lucas stops picking at it every few years.