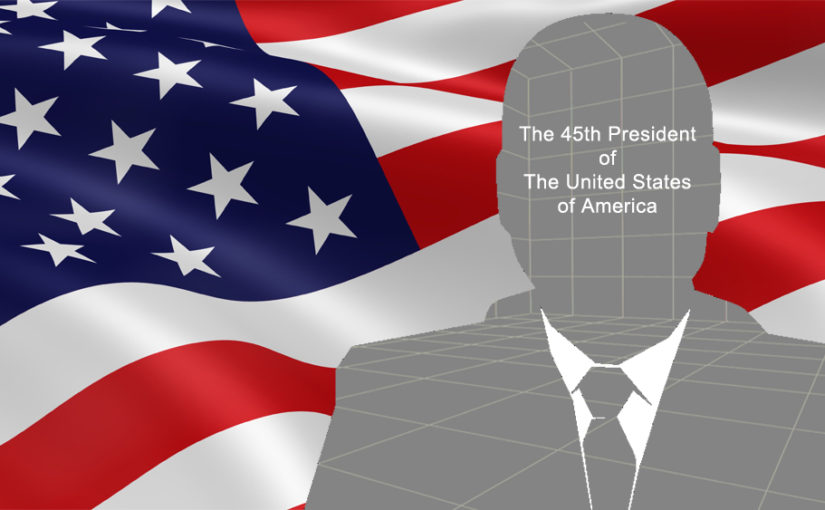 Press outlets should stop publishing the word “Trump” and instead replace it with “President of the United States”, “US President”, “POTUS”, “US Prez”, “#45” or some generic title reference pertaining to the office.

If Donald J. Trump is the malignant narcissist his every action indicates him being then calling him out does nothing to diminish him. Quite the opposite. The press and the people react with shock, dismay, anger and shame for him as extensions of him while he barrels on. Nothing sticks because there’s nothing to stick to. The current president is a man of words, not a man of his word; utterly without principle and devoid of character; an empty space that we fill and pay the price for with whatever he gladly slaps his brand on.

But not calling on el presidente at all devalues his brand and denies him the special attention he so craves. Meanwhile, referring to other dignitaries, especially prior presidents and other members of his administration, by name would serve to remind him just how not special he is.

Also, select imagery that diminishes or hides his spray-tan orange face and comical hair; things that, like his name, are symbolic of the brand he is the mascot for — no one makes themselves up this way for comfort. Instead, focus on more enduring symbols of the presidency and the nation: the flag, The White House, motorcades, etc. Any normal president who has put in the work to ascend to this highest office appreciates the gravity and prestige of the position and are honored to serve. To this president, however, these things are not him and, again, serve only to remind him just how not special he is.

Having Your Trump And Hating Him Too

Furthermore, I suggest that only the president’s actual policy activities, things he does that actually affect the lives of other people, make it on the front page. Move all the stupid, infantile drama this 71 year old trust fund baby engages in to a sidebar, a passing mention or bury it in the entertainment section where this exhausting, mean girl, celebrity gossip crap of his belongs. Remove all references to the presidency in this context and freely with reckless abandon associate his name, face and hair with this behavior. Leave this bottomless trove of mindless garbage spewing forth from him for the comedians to pick over and let his friends at the National Enquirer float puff pieces about him next to the latest bat boy sightings.

By curse or miracle, there continue to be other people who choose to do business with this snake of a snake oil salesman and thus requires reporting in the business section. Here, again, remove all references to the presidency and favor business names over his own except where there’s direct evidence that he, personally, is involved in a particular activity. From a political perspective, Trump’s relevant business dealings could reference The Office of the President framed as though they were two different entities.

In splitting the man, this cult of personality, from the office a bunch of fake-news-fed idiots elected him to, the news media becomes free to more objectively, critically cover the office of the president without inadvertently mainstreaming the ever-outraged cult of true believers seeking to delegitimize the press for offending them by seeming to unfairly victimizing their supreme leader. These are people who believe President Obama didn’t do enough to stop the 9/11 attacks, say shit like “keep your government hands off my Medicare” and I think many of them can also be easily compelled to disapprove what the president does while worshiping who Trump is — if the two aren’t conflated.

Because the reality that both of them are the same person matters less than what looks, sounds and feels right. Trump remains an entertaining side show they can clap their hands to between Duck Dynasty reruns while the president is reduced to lame duck. Meanwhile, anyone with more than two brain cells to rub together will easily make the connection.

From Pied Piper To Twacked Tweeter

This ridiculous train wreck of a freak show drama has been ratings gold for the press and it can be a guilty pleasure – not proud of it but there it is – but when this crude, incompetent clown constantly hogs the spotlight, it stops being fun and starts doing some real damage. To the audience, the nation being constantly exposed to this steady drumbeat of bullshit that some of us actually start to believe it. And to the press providing the stage, the megaphone, the means to broadcast the aforementioned bullshit he uses to shape the narrative into a self-serving propaganda machine he needs to reach said audience to stroke his insatiable, broken ego.

The press made the POTUS, the press can break the POTUS — simply by choosing to shift the spotlight away from him, away from the dumb shit he says and onto what he actually does and doesn’t do. Rather than name-dropping on his behalf, the press should be dropping his name.

Don’t feed the troll! Separate, reframe and rebrand him, isolate his witless Kool-Aid* drinkers back to the fringes where they belong and keep we free-ish people informed as only a free press can and ought.