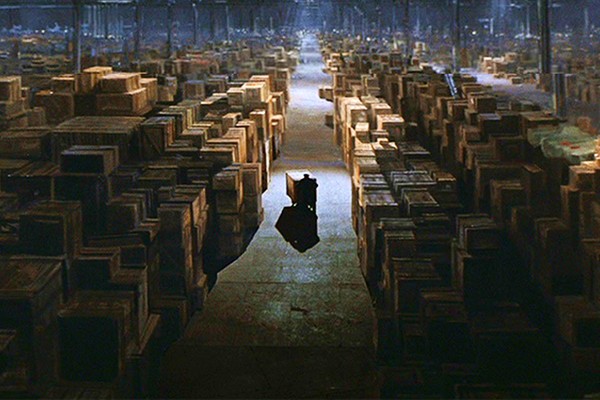 I’m not a natural born shopper. Perhaps I’m too cynical – perceiving adverts as little more than pretty lies by default, gross manipulations seeking to appeal to my most monkey impulses – or too neurotic – I will take the time to calculate the cost/weight ratio of food or factor in how effectively dog shit can be removed from shoe tread, variety presenting a kind of assessment hell – but, whatever the case, the imprint didn’t take to make me a good American consumer — the true measure of our public education system. So I’m dubious of any effort made by any sort of marketplace to either become or convince me that it already is my one-stop shopping destination. Amazon has become one of those things.

Like a monopolistic version of the jungle wilderness it takes its namesake from (except this Amazon is actually expanding), Amazon consumes buyers and sellers alike, handily choking out competitors. Not to mention its growing reputation as a shitty place to work in its mad dash to the bottom. Amazon is the heavy weight, discount mega retailer online, your one-stop … nay, one-click shopping destination, the Walmart of the internet.

And speaking of One Click®, Amazon patented the idea back in the 1990s — an idea that isn’t theirs, built on technologies that preceded them by decades. But the patent office didn’t (maybe still doesn’t) know enough to deny Amazon a patent that any corporate interest with enough money (being that “justice” overwhelmingly tends to favor the highest bidder) and interest could challenge — that is to say, very few nearly 20 years and billions of dollars later. Amazon gutted Borders, their then competitor, and served up the corpse to their hungry investors. The moral of the story is as true then as it is now: it’s not what’s right or wrong that actually matters but what one can get away with.

I’ve bought from Amazon like the majority of online shoppers. Early on some Perl programming books and then later video games, movies, music, CPAP supplies and biking accessories. And I’m pretty sure I’ll buy through them again but not before I exhaust alternative options.

Anymore, I browse Amazon, see what’s available, read the reviews, but I purchase elsewhere — precisely the activity that’s killed smaller and brick and mortar businesses is what is bringing me back to those businesses. Because Amazon is essentially an unnecessary middleman in most cases, circumventing them and going to the businesses directly who sell through Amazon or researching businesses who sell the same goods tends to yield better deals and better customer service than a faceless bureaucracy that places its shareholders’ interests before mine.

Case and point, I looked around for and found a closer, more complete source for biking accessories. Universal Cycles has a location in Portland, Oregon, meaning that, here in Washington, I don’t pay tax on my purchases that Amazon charges me and I get the equipment way faster, usually within two days using standard shipping. Great economic value and convenience aside, their business is bicycles and so have answers for any questions I might have about the products they sell. I just don’t get that level of engagement at a Walmart or Amazon — and for a lot of regular, mundane staples it doesn’t really matter. But for specialty purchases, it REALLY matters!

Aside from this consumer perspective of mine, I am following with keen interest the drone delivery that Amazon has been working on. No, not for the convenience of robots terminating human jobs delivering stuff but rather the opportunity it presents for pirate drones to intercept and hijack these automated deliveries with all the awesomeness of a hawk catching prey midair.

Speaking of birds of prey, eagles are being trained to take out rogue drones.