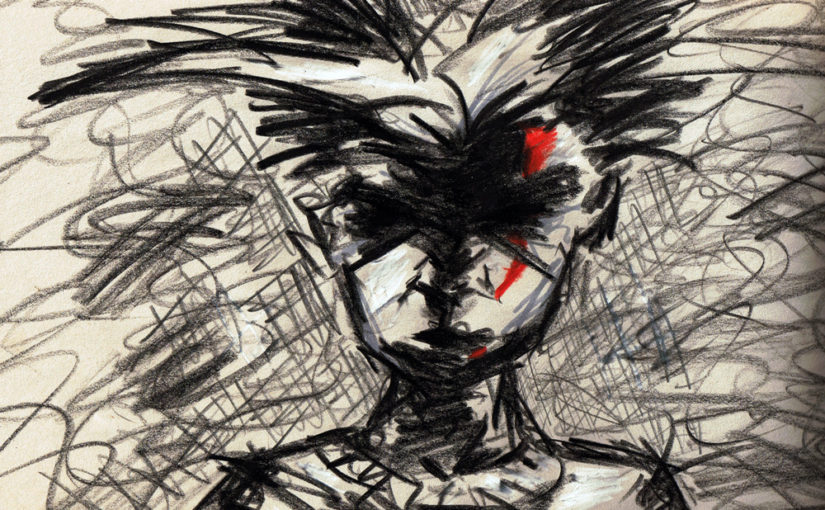 I haven’t written a blog since using my last one to expose Roger the raging alcoholic deadbeat who blew through at least a $5K retainer (his attorney was smart to take a credit card) trying in vain to silence me over a $1.5K bill, ending when I agreed to take down my exposé if he took down his wild, booze-fueled screeds about me being a devil worshiping junkie hellbent on cyber-stalking and cyber-bullying him. I recall Roger’s next scam entailed something about math tutoring kids in Hollywood and he didn’t want an especially unflattering review, replete with recordings of him drunkenly screaming, sobbing into the phone at me in the middle of the night, floating around for anyone to happen upon.

That was ten years ago.

Roger’s likely still showboating for the captive audiences at Alcoholics Anonymous meetings, liver permitting. The guy who referred him to me is long gone. My online presence receded, I became more private, careful following the unnerving experience of being cyber-stalked, bullied by someone simultaneously claiming to be the victim of it.

In 2009 I decided to give this so-called social media fad a go. I liken posting these status updates to shitting in a gushing sewer pipe and hoping your turd gets noticed amongst all the other crap flying by; smart phones alerting people to every little drip and whiff of it like poopy infants. Basically social media is a glorified telegraph ticker tape, designed to convey short bursts of information. Great medium for cramming advertisements into open eyeholes. Not so much for expression.

A Conspiracy of Illness

Sister, for instance, was using Facebook to police what I expressed, especially in regards to feelings about my ongoing fallout within our family, and I allowed her to silence me rather than risk upsetting and losing her as I had lost other family members who’d since turned their backs to me. When she finally noticed from her hundreds of contacts that I’d “unfriended” her, that is precisely what occurred.

It felt as though a weight lifted from me when Sister left, cutting all contact. I was free to share articles and personal insights germane to my recovery, to express myself without fear of her disapproval and dismissal of what I thought or how I felt.

Silence sanctions dysfunctional families like mine as much as it does scammers like Roger, invested in maintaining a false image, misleading narrative, an illusion at the expense of those duped into buying into it themselves. And like Roger, my family does all they can to discredit me, trying to convince me as much as they apparently convince themselves that I’m bitter, jealous, cruel, unstable, crazy, and that no self-respecting person should believe me.

A Light In The Darkness

Back in January 2007, an epiphany coalesced. The row with Roger had run it’s course but I was beginning to see parallels in his brash manipulative behaviors and my mother’s more subtle ones, especially their complete lack of regard for or empathy towards me. They are both narcissists and I am struggling to come to terms with what is a narcissistic family dynamic.

It didn’t click while I was a psychology major in college, looking to discover and heal myself of whatever vague problem my family continues to pin on me, but now I had a name for my pain and with it a relatively new body of research with old roots, support from a community of other survivors and the validation I had been denied up to that point. I still believed that I could shake this on my own. I was wrong. And I ended up seeking the help of a professional therapist who I’ve been working through these issues with.

Yet, still I believed that I could learn to neatly, quietly ignore and move beyond these issues. Again, a delusion. Issues must be purged, externalized, expressed, acknowledged for what they are. Like demons exorcised from a possessed host or poison sucked from a wound, these hurts must be liberated before one can be liberated of and heal from them. The blockage must be removed before moving past it.

Which brings me back to this blog, lo these many years later.

I’ve lost nearly everyone from my immediate family of origin at this point in my life so there’s no good reason left for me to suffer their sins in silence, to keep bottled up for them everything I was keeping from them. There are many resources, survivors breaking down what narcissism is nowadays with a lot of repetition, overlap. I don’t know that I’ll necessarily shed light on anything novel or new on the subject through the lens of my own experience but I have notions nonetheless and an exasperated, confused victim of this kind of abuse may perhaps find some value in what I have to say as I have of others’ personal stories.

And whatever other brain droppings I happen to have. Illustrations. Photographs. Just get it all out there. Unburden. See what happens.